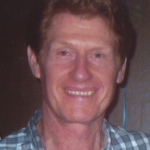 The very first Australian Security Medal of Valour was awarded posthumously to Security Officer Gary Allibon and received by his wife, Monica.

In 2010, Gary was part of a cash escort team in Sydney when armed offenders struck and shot him in the chest with a .45 Magnum firearm. The offenders stole Gary’s firearm and fled, leaving him to die at the scene.

Gary worked in security for almost 12 years and was highly respected by his peers and managers, who described him as an exemplary officer and an excellent role model.

Gary had been involved in a previous robbery in 2007, and when his wife implored him to find other work, he chose not to, telling her: “This is what I do.”

Monica says Gary loved his work and was proud to be a security officer, but most of all he loved the people he worked with and the customers he interacted with on a daily basis. 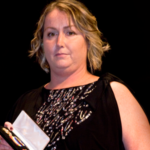 Ruth Culbert, was on duty at Qantas Sydney Domestic Terminal when a Hell’s Angels motorcycle gang member, Anthony Zarvas, was bludgeoned to death.

One of the first to attend, with police yet to arrive, and despite knowing the assailants may have still in the vicinity, Culbert rendered first aid to the victim in what can only be described as appalling conditions; the victims head, face and hair was covered in blood, he was bleeding from both ears and the nose and there was a pool of bloodied mucus around his head.

After the ambulance arrived, Culbert took the distressed brother of the dead man away to pacify him. Shortly after that, she responded to comfort a young Qantas woman who had been knocked down in the car park by the fleeing assailants.

No amount of training could have prepared Culbert for what she was to be put through on that fatal afternoon. Her strength of character, courage and resolve displayed on that afternoon must surely place her acting in a manner well above and beyond what would normally be accepted as the call of duty. 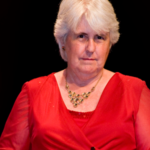 Cheryl Griffith, working as a security officer at the Toowoomba Magistrates Court, intervened in a fight between a man and a woman in the busy public area of the court.

As she attempted to separate them another male started to punch and kick the man in the head and chest whilst the victim was on the ground.

Fearing for the life of the victim, based on the level of violence and the prior history of the combatants, Griffith, shielded the victim with her own body, in the process receiving kicks and blows to her ribs, head and back.

The position of their bodies prevented the security office door being from opening, slowing assistance. The assailants continued kicking the victim and Griffith, and tried to pull the victim away by his hair and in doing so pulled a clump out. By now, Griffith was covered in the victim’s blood and two more males joined the fray, kicking and punching, with one of them stomping on the head of the victim.

With a complete disregard for her own safety and the continuing assaults on herself, Griffith continued to shield the victim until she could pull him to a place of safety. Without her intervention the victim may well have been killed. 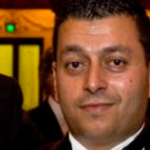 In a Sydney western suburbs Shopping Centre, an argument over a parking space resulted in a frenzied knife attack by two men on another in a public and highly visible area of the centre.

Security Officer Tarik Khammash intervened immediately with little regard to his own safety, placing himself between the victim and the two male attackers shielding the victim with his own body preventing any further injuries.

As a result of Khammash quick actions and subsequent reports, police arrested and charged the two attackers. 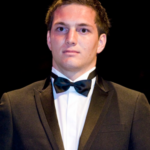 Shoppers alerted Security Officer Ben Williams patrolling a Sydney Northern Suburbs Shopping Centre of a robbery at a centre shop by a male armed with a knife.

Williams saw the offender and — not wanting to scare the offender into threatening harm to others — followed him while radioing for support and police attendance.

The offender continued to flee with Williams following, by now joined by other security officers. The officers cornered the offender in an area of roadway. As they did so, the offender approached a vehicle that had stopped nearby, pointed the knife at the driver and ordered him out of the car.

As the offender attempted to get into the car to flee, Williams — without fearing for his safety — disarmed the offender and, as a result, he and his fellow officers were able to subdue and arrest the offender.